Trip from Quetzaltenango (Xela) to Semuc Champey by chicken buses is pretty easy. If you travel through Guatemala on a budget then there are high chances that you will need to take this route. Here is how I did it:

Actually, after climbing volcano Tajumulco we started our trip from San Marcos. First leg was San Marcos to Xela which took us an hour an a half and the price was Q10 per person. After that followed our trip from Quetzaltenango to Lanquin:

This way of travelling from Quetzaltenango to Semuc Champey will take you more than 10 hours. You should start early and have plenty of drinks and snacks. I recommend to break a journey in lovely town of Uspantan or Coban city.

Easier and probably much faster option is to take chicken buses from Xela to Guatemala city and Lanquin. Even the distance is much longer the length of the trip should be much shorter. I haven’t done this by myself as I don’t really like going through the same roads I’ve already passed.

If you decide to take a route I took you should prepare Q115 per person. It is possible that we were scammed at some bus and it could be Q100-Q110. It will take you around 10 to 12 hours from Quetzaltenango to Lanquin. I recommend to break a journey in Uspantan or Coban.

Hey! Thanks for reading. I am Joseph - young guy from a small country called Lithuania. Haven't heard about that? No surprise for me, we are only 3 million people. I am sports addict, mountains climber, travel blogger, adventurer and digital nomad, making my way around the world while building successful online businesses. Are you looking for more travel advice? Check other articles!

Error: API requests are being delayed. New posts will not be retrieved.

Error: API requests are being delayed for this account. New posts will not be retrieved. 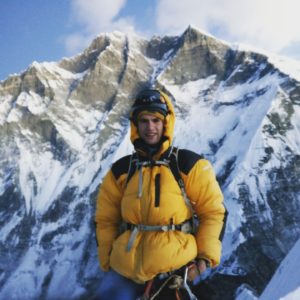 Hey! I am Joseph – travel, nature and adventures addict. I do it full-time and this blog is to help you do it also! Check the tips&tricks I wrote already.